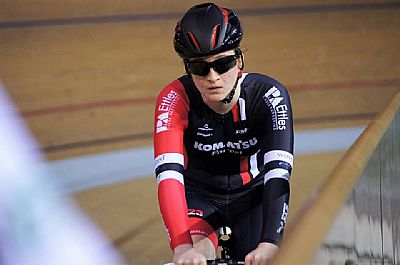 This year I had a rough start to my racing season as I broke my wrist in a crash over the winter, and then a few months later injured my back. I had to focus on rest for a month or two before building into the training again but the first weekend of June made it worthwhile. I won the Scottish Junior womens’ road race champs on the Saturday and then the next day raced the Scottish 25TT champs and broke the female junior record on tired legs.

The last few months I have been on the track, breaking the Scottish junior female record in the 3km Individual pursuit and got two 4ths and a 5th in my events at the Scottish senior track champs.  I couldn't have done it without Peter Ettles who gives me so much guidance and support and deserves a mention.

I am really grateful to be receiving this award and hope to use it to help fund my racing kit for next year, as I have just joined a womens’ racing team called Torelli who are based in Manchester. It is going to be a really expensive year as I will be getting the chance to race all over the UK and Europe with my new team.  My main track objective will be to get selected to ride at the Revolution UK series.  This award will go a long way to help me try and achieve my ambitions and I'm really excited.

The next couple of years I will be focused on achieving good results at both the British track and road champs, as well as getting experience at UCI level races over in Europe.